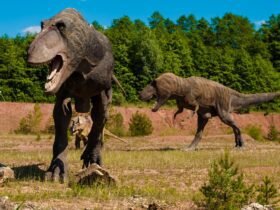 Tyrannosaurus Rex Was Much More Than One Huge Predator

As new research emerges, we learn that Earth will lose its oxygen-rich atmosphere in about 1 billion years. What should we expect?

A team of researchers came up with enough evidence via simulation that our planet is still right on track when it comes to its oxygen. Life, eventually, and the Sun will come to an end and destroy itself. Life forms will surely struggle to survive with fewer resources. So, the researchers aimed to find the tipping point for life – when Earth will draw its last breath.

Breathe In, Breathe Out: How Much Until There Are no Breaths At All?

A team of researchers from the NASA Nexus for Exoplanet System Science and the Toho University sought to find when Earth will no longer support most animals and plants, life itself.

The team made a simulation of our planet that showed the climate, biological, and geological processes. Also, the most important, the Sun’s activity. How does the simulation work?

The results indicate that as the Sun got hotter, approximately 1 billion years from now, emitting more carbon dioxide, energy in our planet’s atmosphere will start to fall. It would later absorb the heat, slowly breaking down. Next, it would be tormented.

The ozone layer would also no longer exist, and the CO2 levels fall, plants will hurt a lot, and there would be no more oxygen.

According to the team, the findings could help those searching for any signs of life on other planets.

However, there are still things that could change a lot, influencing how things will end. Such a thing means that Earth could start “suffering” more quickly or violently than the recent simulations.

Currently, we’re witnessing how our world shifts, hurts and is incapable of doing something. Pollution, climate change are only a few triggers.