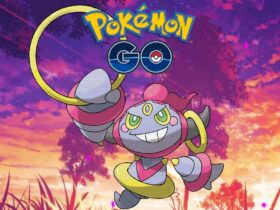 Even at almost two decades since their release, the three titles from the Grand Theft Auto series known as GTA 3, Vice City and San Andreas are highly successful even today. Most people of those who began their gaming journey at the beginning of the ’00 are nostalgic about using cheat codes in GTA 3, GTA Vice City or GTA San Andreas.

We wroteÂ in a previous articleÂ about GTA San Andreas nominated as the most wanted video game remake in the world, according to a survey made by Mazuma Mobile. It’s like someone has heard that plea of many gamers.

ComicBook.comÂ speaks about the new rumour that made the GTA community go wild, as the exciting news comes from theÂ GTA Forums: admins and leakers are hinting to something big awaiting the three legendary titles from the Grand Theft Auto series. They say that a trailer is also coming soon, adding that GTA fans will have to wait about 90 days for the whole thing. The most reasonable guess is that the three games will receive remastered versions for the PS5 and Xbox Series X consoles.

One more reason why we should believe the rumour is true is that the developer Rockstar Games has already announced that GTA 5 is being remastered for the afore-mentioned consoles. The company could also consider remastering other three of its highly-successful titles, and GTA 3, GTA Vice City, and GTA San Andreas easily qualify for the description.

You should also remember that there are tons of mods out there on the vast ocean of the internet for GTA San Andreas, GTA Vice City, and GTA 3. Of course, nothing beats the original, and the risk is all yours if you choose to install the mods.