Pokemon Scarlet and Violet Gets the ‘Elden Ring’ Crossover

An afternoon nap now and then can have incredible benefits for your mind and body. A new study of over 2,000 people shows how naps can boost your mental agility.

A brief nap can ensure you a better working memory, verbal fluency, and enhanced locational awareness. And that’s not all.

Afternoon Nap Benefits: What Should You Know

A team of researchers surveyed 2,214 adults aged 60 or over in China. The participants were requested to note their napping habits and take part in a series of tests.

The tests measured various types of cognitive ability, such as staying focused or solving different tasks. The results are genuinely intriguing. 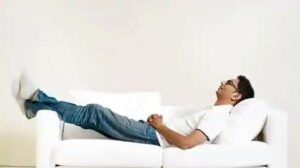 Findings and other significant details

“When a disease or cell damage occurs, napping may help regulate the inflammatory response.”

While the afternoon naps’ frequency and duration ranged among the participants, the study found that cognitive performance is positively higher in volunteers who napped regularly.Â Â

The researchers suggest that whether we nap or not on purpose or how much do we nap, might play a role. Unfortunately, the study doesn’t include any measurements of these factors.Â

However, the participants noted that their naps could be less than two hours or more than five minutes.

What Did Previous Studies Support?

Previous studies have analyzed the links between the immune system and sleep. Researchers noted that napping could have benefits here, too.

Other observations include triglyceride (a fat found in the blood) check-ups. Some people nap regularly, and they can have higher lipids levels than those who don’t nap. The reason?

Researchers believed that sedentary people are more likely to take a nap.Â

It’s important to remember that while we tend to nap more as we get older, researchers aren’t really sure if this kind of daytime sleep can help prevent any types of cognitive declines, such as dementia.

That is a significant aspect that future research could choose to focus on.Â

An afternoon nap is, without a doubt, a good choice whenever you feel too much stress or exhaustion.