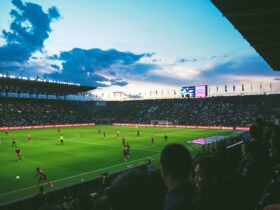 FIFA 22 Ultimate Team: Here Are the Best Midfielders to Buy

The official GTA 6 release date may be announced this week, during Take-Two Interactive’s earnings report. Rockstar Games confirmed that they are devoted to the single-player experience.

The Take-Two Interactive earnings report will take place on May 18. Though the publisher mentioned that they would be short on information about GTA 6 release date news, it is likely that Rockstar Games, its subsidiary, may break the ice.

As for gossips from the past, many rumours suggest that the game will be launched in October 2023, and it will likely take place in Miami.

Reports suggest that GTA 6 may be a PS5 and Xbox Series X title, and it may have a modern-day location (and timeline).

Though GTA Online is a massive win for Take-Two Interactive and Rockstar, the developer stated that the single-player mode would be the game’s core.

Scott Butchard, a developer at Rockstar Games, explained: “Think you can see that with Online and I think in the future we are going to inject more of that element of a player there.”

He also mentioned that the folks at Rockstar Games aim to build a pleasant single-player experience and a story-based experience. In addition, a massive multiplayer mode would be available.

According to him, some years ago, there was a debate in a competitor’s office that single-player is dead, which would mean that multiplayer is the new norm.

Though the game was under development for more than eight years, specific details about GTA 6 have recently started making their way online.

Rockstar is officially looking for game testers in multiple locations, including India.

Reports suggest that the game’s development may be in the advanced stage, as the company seems to be looking for professionals to test the new title.