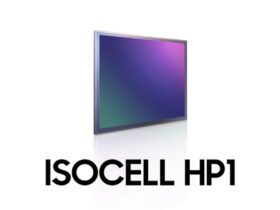 Some Grand Theft Auto fans think that Rockstar Games just leaked the setting of the upcoming entry to the franchise.

The catalyst for the rumour consists of a new job listing for Rockstar India, which is searching for a “Mixed Media Animator” to produce “in-game media.”

Some people translated “in-game media” to mean in-game websites, which are common in GTA 5 and are also available in GTA 4.

However, if the game is indeed set in the 1980s Vice City, as many people claimed before, that would not be possible, which, in turn, may confirm that GTA 6 will be set in the current era.

Still, in-game media may refer to multiple things like in-game TV broadcasts or radio. In other words, the theory may not be on par with reality as the words used in the job description are a bit ambiguous.

This is one of the Tweets that started the rumor:

THEORY: GTA 6 might not be in the 1980s time, here’s why. Rockstar recently posted out a job for India looking for “Mixed Media Animator”.
“We create content for in-game Media” “We work on Multiple platforms” Remember Life Invader and all of these websites?#GTAVI pic.twitter.com/OCDUpD0Y8c

However, speculation is all we have at the moment. We suggest taking the hypothesis with a grain of salt and keeping in mind that the speculation may be misleading.

Still, there are no solid arguments to contradict it entirely.

Some crazier theories suggest that the game is set both in the 1980s and in the modern era.