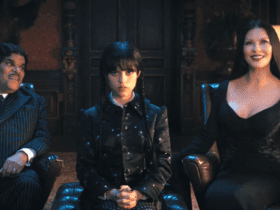 When Is Wednesday Season 2 Dropping?

Weather on other planets has always been a controversial subject amongst scientists. Since the massive discovery of the first exoplanet back in 1992, over 4,000 planets have been found orbiting different stars, resembling Earth a bit but showing strange behavior.

To understand better why alien weather is so bizarre, we’ve compiled a list of some of the most intriguing examples.

The Red Planet has some giant storms that obscure the surface’s view and can last for weeks. Of course, Mars’ weather system is the strangest.

As per scientists’ findings, Mars is very dry and has a thin atmosphere. It also doesn’t have a significant magnetic atmosphere, so it’s open to the Sun’s magnetic field. As a result, the Red Planet’s upper atmosphere is stripped away.

However, even if the planet’s atmosphere is thin, that doesn’t mean it is calm. Some average winds of about 30kph (20 mph) can move the surface material around a lot!

Titan is the biggest of Saturn, and apparently, quite the cosmic body.

Scientists found that the moon’s atmosphere is substantial, which is so rare. Titan has a surface where some liquid flows, similar to Earth’s rivers.

However, unlike on our planet, that liquid is not water but a strange mix of various hydrocarbons, ethane, and methane.

How did the lakes form?

Apparently, Titan’s ice volcanoes discharge that mix of hydrocarbons right into the atmosphere as gas to form clouds. The clouds condense, and that’s how rain on the moon happens.

According to scientists, it rains around 0.1 %, with bigger drops, and falls five times slower because of the elevated drag and reduced gravity.

Iron Rain On a Big Exoplanet

Back in 2013, astronomers spotted the vast, hot exoplanet, WASP-76, about the size of Jupiter and approximately 4,000 degrees Fahrenheit (2,200 degrees Celsius).

WASP-76 possesses iron in large quantities, which is genuinely intriguing. The iron turns into gas at the day part of the planet, and then it rises in the atmosphere, finally flowing at the night side.

Moreover, the iron condenses back into a liquid where the temperature is cooler, falling towards WASP-76’s surface.