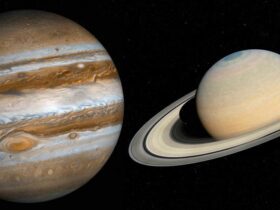 Could There Be Helium Rain Inside Jupiter and Saturn – Scientists Explain

When does Fortnite Chapter 3 Season 3 start? Well, we might still have many things to dig from Season 2, but some players are already thinking about what’s next.

Chapter 3 Season 2 stirred up quite a lot of the war between the Imagined Order and The Seven, added some tanks, a driveable Battle Bus, and some weird red and blue lines dividing the island. And that’s not all! Epic has hinted about what’s next, including the Prowler skin and the sleek Super Styles in the Battle Pass. So, what’s the rush?

Here is everything we know about Fortnite Chapter 3 Season 3.

The Fortnite Chapter 3 Season 3 should end on Friday, June 3, 2022. That’s when the current Battle Pass actually expires. As we can see, there’s something different considering that the last two seasons have ended on a Saturday.

So, it looks like Fortnite Chapter 3 Season 3 will air on a Saturday, but that’s only if Epic Games sticks to the plan. Just imagine having the weekend enjoying the update! How cool is that?

However, as mentioned before, Epic could also extend the current season. We’ve seen such a thing in the past, so that it won’t be a surprise. What are your thoughts on Fortnite Chapter 3 Season 3?

Fortnite Chapter 3 Season 3 will indeed be a major update considering that there are already many players waiting for it! But when does it start?

Fortnite Chapter 3 Season 3 is now expected to air on Saturday, June 4, 2022. Epic didn’t confirm the date yet, so we better take everything with a pinch of salt, right?

But then again, there’ll be a full night of downtime following the season finale, so Fortnite Chapter 3 Season 3 makes sense to start at that date.

Stay tuned to be the first to know about Fortnite Chapter 3 Season 3 as we update this article!