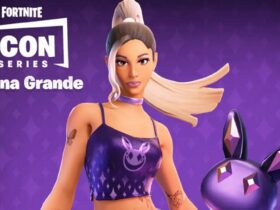 Ariana Grande Concert in Fortnite: How to Watch the Rift Tour

Fortnite Chapter 3 Season 3 is already meaning a lot to us. It has come with tons of much-needed changes and some unexpected ones, like the Reality Tree or rideable wild animals. And this Fortnite 21.10 update is set to bring more, including new Snap styles and Naruto skins!

We’ve compiled a sleek guide of the first patch of Fortnite Chapter 3 Season 3, including the downtime details.

Fortnite update 21.10’s downtime should start at 1 AM PT/ 4 AM ET/ 9 AM BST on Tuesday, 21st June. As we already know, the matchmaking will be disabled for about 30 minutes.

More downtime details are still unknown, like how long it’ll last, but that mainly depends on how much stuff Epic Games decides to add.

The Super Styles are set to kick in again! Every Fortnite season, we get loads of new Super Styles to unlock for the Battle Pass skins, which is really cool. The best part is that these styles come in gold, rainbow, and purple colors!

Fortnite v21.10 update is scheduled to add the Super Syles for the Fortnite Chapter 3 Season 3 on June 23. So, make sure you won’t miss any!

Popular tipster @iFireMonkey has offered a glimpse of what we might get from the next Naruto x Fortnite collab, and things look incredible. Check the pictures below:

We can spot posters with Orochimaru, Gaara, Itachi, and even Hinata. The chances to see them soon in Fortnite are pretty high right now (as of June 24 soon)!

The new Fortnite v21.10 update is also said to add more styles for Snap, which is featured in the Battle Pass. That’s great!

As you probably know by now, you need Tover Tokens to unlock all the styles from Snap. If you’re not sure how to do that, check out this guide.

The following bug fixes are set to arrive with the new Fortnite v21.10 update: