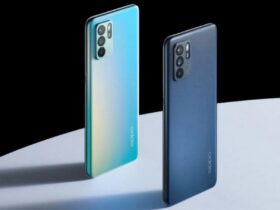 Only a few days before being available to fans in China, the release of Diablo Immortal was postponed by NetEase. This move comes after a recent ban on the official Weibo account of the game, according to Reuters.

With China being the biggest market for the game, Diablo Immortal was supposed to be released on the 23rd of June. However, on the 19th of June, NetEase officials issued a statement announcing that the launch of the game will be postponed for a later date, without mentioning what that date might be.

Among the reasons invoked by the company for the delay were “multiple optimization adjustments” and “improvements to the game-play experience.” Reuters also stated that “the company did not address the social media ban in the statement and it was unclear what triggered the decision. NetEase also did not respond to a Reuters’ request for comment.”

While a reason for the Weibo account ban was not given, PC Gamer cited a Financial Times report that speculates on what the issue might have been. According to the publication, the official Weibo account of Diablo Immortal might have featured some comments about “the bear”, which could be considered an innuendo to Winnie the Pooh.

For those of you who don’t know, Pooh Bear has been used as an appellative referring to the president of China, Xi Jinping, especially in mocking purposes. For this reason, any materials that included the well-known character were banned on the territory of the Asian country. According to PC Gamer, “China banned the 2018 release of the Disney film Christopher Robin, and a year later revoked the business license of the Chinese publisher of Devotion, a horror game that also contained an image of Pooh. The Weibo account of developer Red Candles was also shut down in that case, and the game was ultimately removed from Steam.”

While there is no official statement on why the Weibo account of Diablo Immortal was banned, it’s highly probable that the two events are connected in some way. However, it could also be a case of additional restrictions imposed by the Chinese government on potentially violent video games, which are known to go under advanced scrutiny before being released to the public.