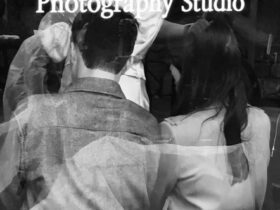 Song Hye Kyo Shares Picture with Her and Jang Ki Young while Filming ‘Now, We Are Breaking Up’

A new bug makes those cathing an Eevee in Pokémon GO to get to evolve it without needing to walk 10 kilometres. The evolving part is still limited to only two Pokémon instead of eight as the usual number of possible evolutions Eevee has.

If you plan to catch an Espeon or an Umbreon, it shall be easier than ever! Once you have an Eevee, you can’t forget about the 10 kilometres requirement. However, although it’s a normal-type Pokémon, Eevee can still be a pretty interesting battling companion for starters. Gary Oak proved it very well back in the old days of the Pokémon anime when he used an Eevee to defeat Ash’s Pikachu.

Niantic is working on a fix

Those who won’t get to evolve their Eevee in either an Espeon or an Umbreon, won’t have another chance for such an easy evolution. Niantic, meaning both the developer and publisher of Pokémon GO, made an interesting announcement via Twitter:

Trainers, an issue is causing there to be no walking requirement to evolve Eevee into Umbreon or Espeon, while it is your buddy. We will not implement a fix for this until August 16th, 10 AM PDT, after the upcoming Community Day event.

Umbreon is a Dark-type Pokémon introduced in the second generation. An Umbreon was owned by Gary Oak, and as you’ve already guessed, it has evolved from the Eevee owned by the same trainer. One of the most interesting battles of Gary’s Umbreon from the anime was when he defeated an Alakazam.

Pokémon GO already received some interesting rewards, which is pretty impressive for a game released about five years ago. Everyone who likes the Pokémon franchise and likes augmented reality games should give Pokémon GO a try. Exploring the real world for those pocket monsters is a unique concept in the Pokémon universe, and that’s why the game is so appreciated.