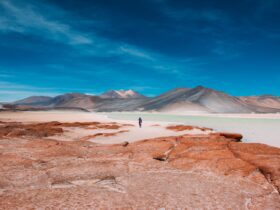 Fortnite Chapter 2 Season 8 is still having us hooked and is easy to tell why. From exclusive crossovers, skins, and other cosmetics worth being part of every player’s collection, Epic Games has understood that more is better!

Now, some fresh leaks hint at what might be in store for the next Chapter 3, and we couldn’t be more excited. It definitely looks like the upcoming chapter will be airing soon, and even if we don’t know the release date, we can expect a few things.

Thanks to popular tipster HYPEX, we get a glimpse of new weapons that Chapter 3 might add. Check out what the tipster shared on Twitter:

Upcoming "Throwable Axe" Item. No other info about it tho, just the model of it! pic.twitter.com/GBVEMPfJ6j

The featured weapons include a new Throwable Axe item, which is cool, considering its use and how much damage can deal. Also, the name suggests that we’ll be able to throw the new item at opponents. One thing is that the weapon’s clear cut might enable it to be more efficient.

As for the other weapon, HYPEX shared a full list of stats for it but no image at the moment. The tipster thinks that it could be some kind of Flint-Knock Pistol.

Check out the new weapon’s stats:

Based on the stats, it does make sense for the new weapon to resemble the Flint-Knock Pistol. But then again, we don’t know for sure.

The leaked weapon features a five-round clip and fires one shot at a time, similar to that Pistol! What’s best with this type of item is that you don’t have to reload it after every shot, even if it deals less damage. It also comes with a 4x headshot multiplier, a great thing to deal damage over 100.

Remember that all we have now are some leaks. So, you better take everything with a pinch of salt!