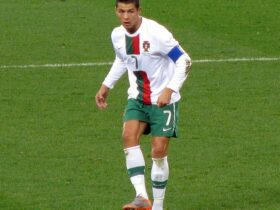 GTA 5 mods are like the cherry on top of an already delicious ice cream sundae (that’s the game, in case you were wondering). They add even more ridiculousness and fun to an already over-the-top game. Want to fly around the city like a giant chicken? There’s a mod for that. How about causing chaos as a giant rampaging elephant? Yup, there’s a mod for that too. And if you want to live out your wildest James Bond fantasies, there are mods that let you drive all sorts of fancy cars and even use gadgets like grappling hooks and jetpacks.

The possibilities are practically endless with GTA 5 mods. So if you want to take your GTA 5 experience to the next level, be sure to check out all the crazy mods available. Just remember, with great power (and modded abilities) comes great responsibility (don’t cause too much destruction, okay?).

But there are also lots of GTA 5 mods out there that can improve the graphics of the game as well. However, GTA 5 already has some beautiful graphics, but there is always room for more when it comes to video games.

A YouTuber wondered how GTA 6 would look like with an ultra-realistic mod for GTA 5, so here’s the outcome:

The Grand Theft Auto (GTA) series is a wildly popular and controversial action-adventure video game franchise developed and published by Rockstar North (formerly DMA Design). The games are set in a fictional version of the modern world and follow the story of a criminal or group of criminals as they rise through the ranks of organized crime.

The series is known for its open-world gameplay, which allows players to roam freely and engage in various activities such as stealing cars, completing missions, and causing chaos in the virtual world. The games are also famous for their realistic and often satirical portrayal of modern society, as well as their extensive use of profanity, violence, and sexual themes.