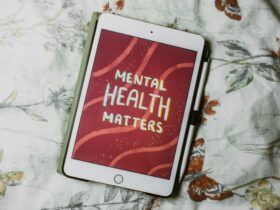 Get The Most Out Of Your Lifestyle With These Apps

While social media has long been associated with anxiety and melancholy among youth, recent data reveals that platforms like TikTok and Instagram can even make middle-aged people miserable.

The study, which was released in the scientific journal JAMA Network Open on Tuesday, is collected through a survey of 5,395 people with an average age of 56.
The questionnaires, which ran from May 2020 through May of this year, were designed to help researchers understand more about how folks were dealing with the Covid-19 epidemic. Scientists have become more curious as to whether social media use is connected to decline in patient health throughout time.

Individuals who used Facebook, those who used TikTok, and persons who used Snapchat were significantly more inclined to return and report to researchers that they were depressed the following time they took the survey versus individuals who did not access social media, according to the study.

The study found no evidence that social media promotes depression. It’s probable that those who were already depressed were more inclined to visit such sites.

However, it contributes to the mounting data of a mental health epidemic in the US. In an October research, nearly 1/3 of American people said they were melancholy, up from 8.5 percent before the outbreak.

Survey respondents who had minimal symptoms of depression early on were more likely to report an increase in symptoms in later surveys if they used social media.

The research is limited in that it cannot tease out what kinds of content people were exposed to or sought out online. And previous research has shown an overall increase in social media use over the past year.

7 Benefits to Adding More Sweet Potatoes to Your Diet

What Is Intermittent Fasting? & How To Do It Right