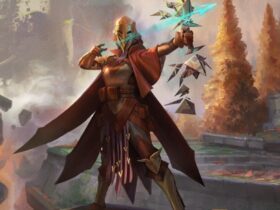 Dragon Age 4 Is In Trouble: Answering All of the Questions and Still Having a Plot of Its Own

We’ll sure miss a lot of the Fortnite Season 8, but Chapter 3 could be airing sooner than some of us expected. Some sources even point to a familiar in-game playlist to lead at The End of Chapter 2 event alongside it.

Since October 2019, Chapter 2 has been ruling the Fortnite ‘verse, but now it may be time to prepare to say goodbye. And if it’s anything like last time, nothing is really safe from getting a full makeover!

We’ve compiled a cool list of everything you need to know, including some fresh leaks.

Popular tipster InTheShadeYT offers some pretty great details about the upcoming Fortnite Chapter 3, and we couldn’t be more excited.

The live event playlist will be named “The End” pic.twitter.com/h0ImtKXt9X

It was also speculated that several of the game’s heroes would soon be getting ready to join the battle against The Cube Queen. This chapter has been highly focused on the ongoing war effort, and it somehow seems that things are finally ending.

The End Event Will Make a Comeback Soon

The End event (the climactic playable event from Chapter 1) will also return, allowing us to enjoy a glimpse of the original map’s downfall. How cool is that?

But, as great as that news could be, you should remember that Epic Games didn’t announce nor confirm anything yet. The teasers are still lacking, and everything could be possible!

Moreover, there’s still no information about how The End event will be featured in the current chapter. If it follows the previous format, we’ll want not to miss a thing, because it could be extraordinary!

To recall, last time we got to deal with something like that, the destruction of the map happened through a giant black hole, and a real-life pause of 37 hours occurred.

More details, leaks, and other reports will soon be available, so stay tuned to be the first to know!