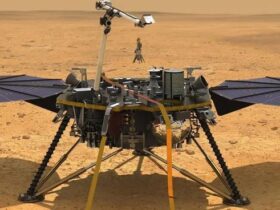 FarmVille 2: Tropic Escape is an exciting game. It lets players escape to an island getaway full of adventure, mystery and engaging new mini-games in a colourful world made by the original FarmVille developers.

Adventure is waiting at all steps in the game, and there are many things to do. You can complete story-based quests from island guides, explore the bubbling volcano and ancient temple, and more. It’s all of the signature details that made FarmVille famous, taken to the next level in a very joyful world.

The game has recently reached version 1.103.7524. Here is an extract from the new version’s patch notes:

“*Brush up your art skills with PERFORMANCE PAINTERS at their live art contest! Sell the most tickets to win two talented new guides!

*Join other island resorts to organize the star-studded COSMOS space convention and win a DOGGY ASTRONAUT.

*Explore a Hidden Cavern! Find the treasures of a forgotten kingdom and experience the delights of the island AT NIGHT.

*Collect REWARDS from special friends every few hours! Find them at the Island Store.”

The new update is live on the Google Play Store, so you should go ahead and install it as soon as you can to make the most out of the game.

Make sure that you enable auto-updates from your smartphone’s settings menu so that the apps update themselves automatically. That way, you always get updates as soon as they are launched.