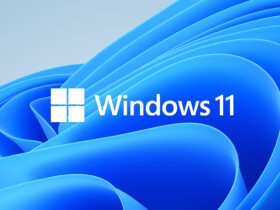 Microsoft Office Gets an Exciting New Update for Windows 11

WhatsApp is impressive. Many of us use it daily. It is the most used instant messaging app, registering nearly 2 billion active users. WhatsApp is rivalled only by Telegram and Viber’s likes, but the numbers speak for themselves, as we can quickly see how WhatsApp seems to outperform the others in terms of active users.

WhatsApp takes itself very seriously, as any app should do. The app receives updates and hotfixes nearly daily. Constant updates are required to ensure that the app is working flawlessly and efficiently for most (ideally all) users.

In terms of patch notes, the developers mentioned that you can now send videos without sound (or turn them into GIFs). The option to do that is available when you tap a video to send. A small speaker-like icon pops up, and tapping allows users to send a video without including the sound. It is a pretty neat feature for when you want to show something to someone without adding the sound, for various reasons – maybe the audio is very noisy, or you aren’t particularly proud of what you or somebody else said during filming.

Still, the feature is neat. It gives you the option to cut the audio, but doing that helps you send the video faster, mainly because there is less data to be sent. Audio makes up for a considerable portion of a video’s size.

The new update, which also includes various hotfixes, is available via WhatsApp’s beta program. You can join it if you want to be among the first who get new updates, or you can wait for one or two weeks before the update gets a worldwide release.j