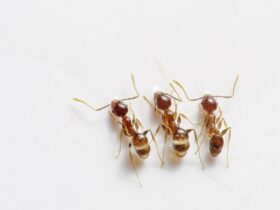 Cancer-Detecting Ants Could Be The Future of Early Detection

Oxygen will always be a necessity for most life forms on Earth, and global warming isn’t helping at all. A new report reveals how oxygen is rapidly disappearing from Earth’s lakes, threatening ecosystems and aquatic life.

Researchers examined many samples and data from 393 lakes in temperate regions of Earth over a period from 1941 to 2017.Â

The decreased oxygen levels have a knock-on effect, from the biogeochemistry of the water to our health. And that’s not all. More greenhouse gas emission from aquatic bacteria could be soon released, producing methane.

According to researchers, lakes are now losing oxygen 2.75-9.3 times quicker than the oceans, with an average drop of 5.5 % in dissolved oxygen. The process is easy to understand. As the warmer air heats the top layers of the lake, gases need more time to dissolve in the warmer water.Â

But, an average decrease of 18.6 % in dissolved oxygen in deep water from the same period comes with a whole other explanation. As temperatures stay the same, less mixing of water layers occurs, and the surface is warmer for much time. Such a thing is known as stratification, and the oceans are experiencing it, too.

“Lakes are indicators or ‘sentinels’ of environmental change and potential threats to the environment because they respond to signals from the surrounding landscape and atmosphere,” explained Stephen Jane, an aquatic ecologist at the Rensselaer Polytechnic Institute.

On Earth, lakes occupy about 3 to 4 % of the non-glaciated surface, representing rich ecosystems that offer essential habitat and resources for hundreds of species, including humans.Â

Decreasing oxygen supplies endangers the aquatic species within the lakes and their food webs and biodiverse systems. And as if it wasn’t enough, when oxygen levels fall, many methane-emitting bacteria rise, following a vicious cycle.

Could we find a method to cease this massive depletion of oxygen?Â

As per scientists’ findings, there isn’t much we can do. However, ongoing research is needed to figure out effective measure to counter the issues, and better predictions.