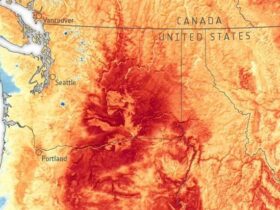 As per NASA’s statement, both missions will try to understand how our planetary neighbour became what’s today: a hell-like world. How the space agency plan to do that, and more importantly, when the two missions will launch, we’re going to discuss up next.

DAVINCI+, VERITAS and the Discovery Program

The recent news about two missions to Venus stirred quite the buzz, and as ambitious as they are, we’re wondering: how the planet capable of melting lead at the surface will greet NASA?

Both missions were challenging to pick, but they have been awarded around $500 million and expected to launch by 2030.Â

“They will offer the entire science community the chance to investigate a planet we haven’t been to in more than 30 years,” explained Bill Nelson, NASA’s new administrator.Â

DAVINCI+ (Deep Atmosphere Venus Investigation of Noble gases, Chemistry, and Imaging) will be the first mission on Venus. The mission will have to:

VERITAS, which stands for Venus Emissivity, Radio Science, InSAR, Topography, and Spectroscopy, will be the second mission on Venus that will have to:

The missions will become NASA’s most ambitious projects ever developed to explore Venus. The previous Venus orbiter was Magellan, back in 1990. So, we can understand how essential the new missions will be.