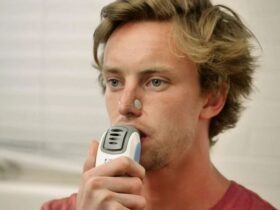 Goku from Dragon Ball, perhaps everyone’s favorite Saiyan, is notorious for his constant desire to become stronger. Although he already has the power to tear down entire solar systems without breaking a sweat, Goku never backs off from a training session.

Throughout the Dragon Ball franchise, Goku has been training alongside numerous fighters: Master Roshi, Krillin, Kami, Piccolo, Gohan, Vegeta, Beerus, Whis, etc. Despite being an expert in martial arts, Goku is also known as a friendly and kind person who always fights for the right cause. It’s something that Vegeta pointed out very well during the Majin Buu saga of Dragon Ball Z when he said: “How can a Saiyan fight like that, but at the same time be so gentle that he wouldn’t hurt a fly? It makes me angry just thinking about it!”.

Marcus the Visual wanted to find out how would Goku look alongside Popeye the Sailor Man, and such an image was posted on Popeye’s official page:

Otherwise, the Dragon Ball franchise is doing great at the moment. A movie is set to release in just three days, and it’s known as Dragon Ball Super: Super Hero. For the first time in a while, Goku and Vegeta will be left aside to let other fighters show what they’re made of – it will be Gohan and Piccolo this time to enter the spotlight.

Last but not least, there’s also the Super Dragon Ball Heroes anime that’s currently running, and it has a totally different plot than any other one in the entire franchise.