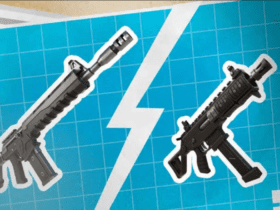 7.26 billion people living on Earth are using smartphones. In other words, over 90% of the world’s population uses smartphones. 91.54%, to be more precise.

But phone manufacturers never stop creating new devices, and that’s great. You never know when you need a new phone, the one you’re currently using can start to malfunction, you may want to make a present to your kids, etc.

The Nothing phone debuts on July 12

According to The Verge, the tech company known as Nothing will announce its first smartphone on July 12, and the event will be streamed live at 11 AM ET. We’re talking about a London-based consumer technology company that was founded by Carl Pei, a co-founder of OnePlus.

The upcoming phone will be known as Nothing Phone 1, and it will surely be worthy of some attention. The device will run on the Android 11 OS and will be sporting a Qualcomm Snapdragon processor.

However, we can expect Nothing Phone 1 to be somehow totally different from any other phone. At least that’s what Nothing seems to suggest on its website, where it offers users the possibility of entering an email to get notified about the upcoming product. That’s where Nothing also says:

You can feel something is wrong with tech.

Undo. Unfollow. And unlearn everything the industry has taught you. It changes now. With phone (1).

Considering the quote, we can’t possibly think that the gadget will be a weak phone. It will obviously have some impressive hardware power. We anticipate at least 4GB of RAM and 512GB of storage. Since the cameras of a smartphone represent a crucial aspect of these devices nowadays, we can’t expect Nothing to possibly neglect this area.