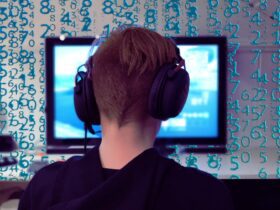 We shared the news back in September that Dragon Ball Z: Kakarot will include a DLC that focuses on Bardock, the father of Goku. While it was known from the start that the DLC would land this year, we are now glad to get our hands on a brand-new trailer.

While the initial trailer seemed to have been focusing more on the struggle of the Saiyans before their planet got destroyed by Frieza, and the launch of Goku towards Earth when he was just a baby, the new trailer that makes the subject of this article puts Bardock under the spotlight even more. There’s no question that the DLC stays faithful to the original Dragon Ball Z story, where Bardock had the amazing courage to confront Frieza after finding out that the evil overlord plans to destroy planet Vegeta. At that time, Frieza’s power was overwhelming for any other fighter in the Universe, including the Saiyans.

While Bardock lost that battle, it became clear to him that his son, Kakarot (the one we all know as Goku), would defeat Frieza one day.

In the Dragon Ball franchise, Bardock is portrayed as a strong and powerful warrior who is also fiercely independent and headstrong. He is known for his fierce loyalty to his comrades and his burning hatred for the alien warlord Freeza and his empire. Despite being a ruthless warrior, Bardock also has a strong sense of justice and is deeply affected by the suffering of his people at the hands of Freeza’s forces. He also loves his son Goku and is willing to do anything to protect his family, including giving his life to protect them.

Bardock also has a tendency to be hot-headed and impulsive, which sometimes puts him at odds with his fellow warriors and commanders. However, he is also a skilled and experienced warrior who is respected by his peers for his bravery and fighting abilities.