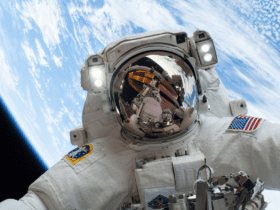 Astronauts get ‘Space Anemia’ When They Leave Earth

The Last of Us, which makes its HBO Max debut on Sunday (January 15), is set in a society that has been devastated by a fungal brain sickness that has turned a large portion of the population into violent cannibals. And the story goes on, pretty much like in the video game that has stirred quite the buzz since its release.

The HBO adaptation maintains the game’s originality while making it accessible to a larger audience in a way that will surprise and excite even die-hard gamers.

Read more about HBO’s The Last of Us below.

The Last of Us by HBO: a Massive Hit Series is Coming!

After a fungal brain illness turned a large portion of the population into savage cannibals, the show is set in a world that has been truly devastated. Ellie, a rebellious girl, must travel across the US with grumpy smuggler Joel at her side as they confront their challenges.

The two, played by Game of Thrones stars Pedro Pascal and Bella Ramsey, inject empathy and vulnerability into every step of this remarkable trip, leaving you both amazed and scared. Are you ready for it?

Let’s dig into more details to discover The Last of Us’ verse.

Welcome to the End of the World

20 years later, we are introduced to a world where the remaining US military is harshly in charge of the dictatorial quarantine zones where the survivors reside. The Fireflies, a rogue rebel faction with marauders and infected roaming the nation, pose a danger to their authority. You can feel the tension and fright.

As we return to a way too challenged Joel, who has done whatever it is necessary to survive over the years, Pascal adds layers of world-weariness to his portrayal. We could only imagine, right?!

He reluctantly agrees to go on the assignment with Ellie. As the series painstakingly develops their relationship, Pascal and Ramsey’s chemistry starts to take shape (the one we’re so familiar with).

As we learn more about Ellie and see her sense of amazement, Ramsey’s performance develops more gradually and uses more dramatic color. The impressionable girl learns so much from Joel and the other survivors they encounter on their trip, and it’s especially thrilling to watch when Ellie comes into focus in the latter episodes as the show’s main character.

Almost all nine episodes concentrate on that central relationship, but it also makes a few unexpected diversions to explore more standalone stories. These stories show how the protagonists manage to find love and joy despite the trauma in a bleak world.

The adaptation mostly sticks to the events of the game, which will definitely please fans. But it will also reveal moments that have never been seen before, along with several subtle Easter eggs and a scattering of creative cameos.

Remember to mark your calendar and watch The Last of Us on Hbo Max on January 15!