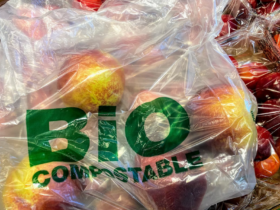 Best Climate-friendly Foods You Should Choose to Protect the Environment

The Dragon Ball universe never ceases to bring powerful characters, whether we’re talking about video games, the anime, or the manga. Plenty of time will pass until we’ll see a representation of Moro in a Dragon Ball game, who is likely the toughest villain ever, but until that great moment, there is plenty of exciting Dragon Ball stuff to enjoy.

One recent proof is the announcement of the addition of Jiren at its full power state for Dragon Ball Xenoverse 2. According to AOTF, the publisher Bandai Namco itself made the big announcement of bringing Full Power Jiren to the game along with a future DLC.

The upcoming DLC containing Jiren with his muscles pumped up to the maximum is called Legendary Pack 2, and it will arrive at some point later this year. Jiren is an alien introduced in the Dragon Ball Super anime, and he has been battling Goku in Tournament of Power. The fellow is not evil, although he has some personality traits that would recommend him for such a designation: he lacks friends and even despises the idea of having one and trusting another individual. However, Jiren has been fighting in the tournament only for saving his own universe, and has easily proven to be one of the strongest characters in the entire Dragon Ball franchise.

Goku and the gang had a very tough time fighting Jiren, as not even the Spirit Bomb was effective against him. In the end, Jiren was defeated by being pushed out of the arena.

Every Dragon Ball fan knows very well that when a character pulls his shirt off, he means business! We were convinced from the anime that it’s also Jiren’s case, but we’re eager to find out what he can do in Dragon Ball Xenoverse 2!