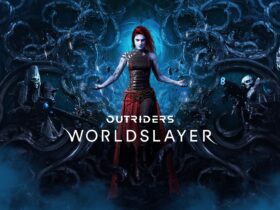 Outriders: Worldslayer – How To Set Up An Anomaly Power Build With The New Heat Seeker

Apex Legends’ Thrillseekers event is currently live on all platforms. The event features a new Arenas map dubbed Overflow, some new cosmetics for several legends, and three reward tracks that are on shuffle each week until Aug. 3.

The event will be rolling for a total of three weeks instead of the usual two weeks.

The new schedule allows for three prize tracks to rotate weekly, which also means that you have plenty of action to enjoy before season 10 is introduced. It is believed that the season 10 launch will happen in early August.

The new Thrillseekers map is Overflow, the industrial facility that reminds us of the newer Hammond Robotics site on World’s Edge, like Staging on Countdown.

In contrast to the rest of the Arenas map, the site feels lane-focused, meaning that you will have a tough time figuring out where the other team is heading, and you will have to look out for possible flankers.

The map is split into two areas – Overlook and Slope.

They both feature various opportunities for engagement.

However, the combat environment seems to be oriented towards short-to-medium ranges, according to the developers.

Overlook is often described as a “long, open area” with a “central interior that gives a height advantage.”

However, Slope features a sniper’s nest on top and an incline where you can slide down to an isolated map area.

Completing either of them only costs you 3,000 points, which can be completed in three days for gamers who complete all of their daily tasks.