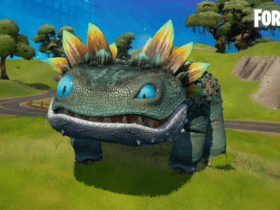 Where to Find Klombos in Fortnite: Check Out the Map

There are two major scientific theories explaining how life might have started on our planet: panspermia and the so-called “primordial soup”. Whether scientists like to admit it or not, there are plenty of questions left unanswered regarding both theories. The good part is that there are still plenty of researchers trying to uncover the truth.

Finding out for sure how life started on Earth could also provide crucial hints for how it can emerge elsewhere in the Universe. According to ScienceAlert.com, scientists found microfossils of microbes in rocks that are 3.4 billion years old, and they provide evidence of a type of methane-cycling microbe life. But above all, the discovery could help scientists finally understand how life can emerge, both on our planet and elsewhere in the Cosmos.

The Paleoarchean era could provide answers

The new discovery could unveil some of the mysteries regarding how and where the first forms of life emerged about 3.2-3.6 billion years ago, meaning in the Paleoarchean era. The rocks containing the fossils were found at the Barberton Greenstone Belt in South Africa, which means near the border with Eswatini and Mozambique.

Barbara Cavalazzi, a palaeontologist from the University of Bologna, declared as quoted by ScienceAlert.com:

We found exceptionally well-preserved evidence of fossilized microbes that appear to have flourished along the walls of cavities created by warm water from hydrothermal systems a few meters below the seafloor,
Sub-surface habitats, heated by volcanic activity, are likely to have hosted some of Earth’s earliest microbial ecosystems and this is the oldest example that we have found to date.

How the inorganic became organic is still a mystery, although scientists believe that billions of years of lightning strikes or hydrothermal vents blasts played a major role.

The new research has been published in Science Advances.