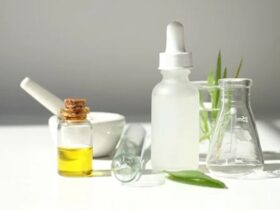 Skincare Ingredients That Don’t Work Together – What Should You Avoid

We’re approaching the launch of the new ‘Dragon Ball Super: Super Hero’ movie with every day and hour that passes. The movie will indeed be a special one, as it will leave Goku and Vegeta aside for once.

It will be up to Gohan and Piccolo to save the day this time. The two warriors will have to face new androids created by the Red Ribbon Army, as the organization is back from the ashes after getting defeated by Goku when the beloved Saiyan was just a child. The new androids will be a lot stronger than the ones that the Z warriors had to face during the Cell Saga of Dragon Ball Z.

Watch out for Magenta!

Magenta is one of the villains of the upcoming Dragon Ball movie, and it seems he’ll be getting some new clothes. It’s a new armor that wasn’t seen in any trailer until now, so feel free to admire it below:

We can also see Pan, the daughter of Gohan, in a fighting pose. We can remember her from Dragon Ball GT as being quite strong, although she was a little older in the anime. Judging by how Dragon Ball Super went until now, we shouldn’t be surprised if her powers will match the ones of Gohan or even Goku.

The image of Gohan from the tweet confirms the fighter’s struggle between his student and warrior phases. Judging from the trailers, Gohan will likely be the hero of the new show, and perhaps he’ll leave aside his glasses once and for all.

It’s nice to see that Dragon Ball movies keep paying tribute to the past of the franchise, connecting new events to the distant past. For many Dragon Ball fans, the series when Goku was a child was the very best of the whole franchise.