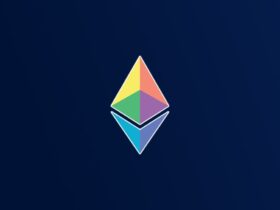 It’s the beginning of the month again, meaning it’s that time when new games are coming to the scene. This time, we’ll be presenting the new titles that are coming to Nintendo Switch, and we must sincerely say that we’re impressed with the roster.

Nintendo Life brings the news about the new additions to Switch, and you can see their presentations below:

Therefore, here are the new games that come to Nintendo Switch in May 2022:

Here’s what the official Steam page has to say about the ‘Eiyuden Chronicle: Rising’ game:

Eiyuden Chronicle: Rising combines a thrilling adventure through ancient ruins with the tale of one town’s rise from the ashes.

Drawn by lenses and other treasure in the nearby Runebarrows, our heroes learn that the town is struggling to rebuild after an earthquake and decide to help. Along the way, they’ll resolve disputes between eager adventurers and wary locals who don’t think the Barrows should be disturbed. And they’ll learn more about each other’s reasons for seeking treasure, deepening their bonds in the process.

We find the games exciting and representing great proof that once again, the Nintendo Switch console is a worthy competitor for the other well-known consoles from Sony and Microsoft. We’re obviously talking about the PlayStation and Xbox consoles.

Finding out about another Pac-Man game coming to the gaming world nowadays is indeed exciting. The very first Pac-Man game was released over 40 years ago. Meanwhile, it arrived in so many variations for a lot of platforms!