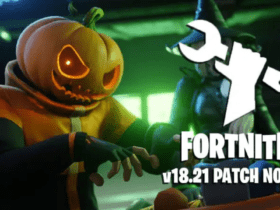 Despite its long age of 12 years, World of Tanks maintains itself comfortably in the ranks of the best MMOs out there. The developers from Wargaming are constantly updating the game, making it in accordance with the latest standards.

Playing World of Tanks is easy, but mastering it takes a lot of practice. That’s why we’re here to tell you about some of the best tanks you can choose to make your battles a lot easier.

You may be the best World of Tanks player in town, but maneuvering the Leichttraktor tank will make it a lot easier to take down enemies. This beauty is known for its high DPM. However, it’s not perfect, as the armor is relatively weak.

Go ahead and hop into the FCM 36 tank if you can’t get your hands on the Leichttraktor. The former is known for having a very strong armor, but we must warn you from the start that speed is where it suffers the most. FCM 36 is very slow, but still a great battle tank.

This beauty is known for having good mobility, firepower, and also armor. The commander can even use the small turret to his advantage.

Reaching a top speed of 79km/h, this tank will solve all your problems in no time. That’s a fairly higher speed than average, and it’s indeed a lot for an armored vehicle.

Apart from having a funny name, the Matilda tank is able to hit fast without reloading too much. The armor is also capable of protecting the tank from many threats.

World of Tanks doesn’t have high hardware demands, either, despite packing some nice graphics. The game will run on your machine even if you have only 2GB of RAM. However, it’s worth mentioning that installing World of Tanks will take a pretty big chunk out of your storage space: roughly 60GB.