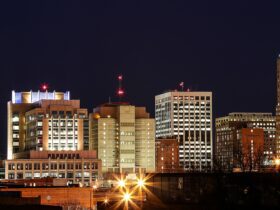 The developers of Dragon Ball FighterZ are enjoying great success with the fighting game, so there’s no wonder why they keep releasing DLC content. After the recent additions of Super Baby 2 and Ultra Instinct Goku, another major fighter is coming to DBFZ soon: SSJ4 Gogeta.

For those unaware, SSJ4 Gogeta is the merge between Goku and Vegeta while they’re powered up at Super Saiyan 4 level. The outcome is a fabulous fighter who pretty much has no competition in the Universe. We’ve seen SSJ4 Gogeta at work in Dragon Ball GT against Omega Shenron, and while he was mopping the floor with him.

Thumbs up for the V-Jump magazine!

The latest issue of the V-Jump magazine reveals photos of SSJ4 Gogeta in Dragon Ball FighterZ, and the famous character looks as amazing as we know him:

This is another massive confirmation that SSJ4 Gogeta is coming to DBFZ. Bandai Namco is expected to reveal a new trailer for the merge between Goku and Vegeta in the game on March 7.

If DBFZ would stick to the Dragon Ball GT anime’s real story, barely any fighter would stand a chance againt SSJ4 Gogeta. However, there’s a chance that Ultra Instinct Goku alone could put up a decent fight, but it’s impossible to know for sure. Furthermore, Goku is part of Gogeta, but nothing really seems impossible when it comes to Dragon Ball.

We’re looking forward with optimism to what Dragon Ball FighterZ could bring next. The Dragon Ball Super manga’s latest major arc has shown a unique and powerful villain, Moro, and we can expect to see him in the aforementioned game someday. Moro is perhaps the most powerful villain in Dragon Ball history, and he has some techniques that can take down far stronger opponents than him.