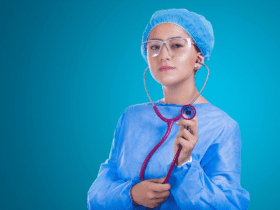 As new research emerges, we learn that setting healthy eating and physical activity habits during childhood can have many benefits.

Dieting and exercising might be a burden, but starting early in life can significantly increase brain mass and lower anxiety. Scientists demonstrate such a thing in a recent paper highlighting the importance of forming healthy habits early in life.

Healthy Habits For a Better Life 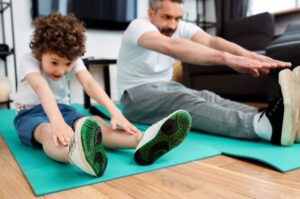 Scientists from the UCR (University of California, Riverside) published a paper explaining the impacts of childhood exercise in combination with diet on our health later in life.

For their research, scientists examined young mice for three weeks in different groups: no exercise, exercise, healthy diet, and a Western-style diet high in fat and sugar. The results are genuinely intriguing.

After each group followed their regimen, they received a “washout” period. Scientists didn’t let the mice exercise anymore, placing them on healthy diets.Â

Finally, the team measured the mice’s aerobic capacity, the levels of several hormones, and behaviour.

Theodore Garland is a UCR evolutionary physiologist and part of the team. He explained:

“Our findings may be relevant for understanding the potential effects of activity reductions and dietary changes associated with obesity.”

The study also demonstrated that eating healthy and exercising regularly early in life can increase brain mass and muscle in adult mice.

However, the best thing was that the mice were also showing less anxious behaviours.Â

Finally, scientists concluded that exercise during childhood, regardless of diet, leads to a growth in leptin concentrations – a hormone made by fat cells that control fat storage and appetite. Of course, more research and observations are needed, but right now, the new insights on how healthy habits can affect our adult lives are highly significant.Â

Starting to exercise during childhood and following a healthy diet can also turn kids into more responsible adults.