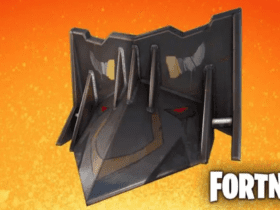 Fortnite: Where to Find Cow Catchers in Season 2

NASA aims to launch one of the most powerful rockets ever made on January 17.Â

Even if the SLS (the Space Launch System) rocket launch was previously delayed, it’s still the most-awaited project NASA intends to use for non-commercial crewed flight.

NASA’s SLS is Ready to Conquer the Sky


The SLS has 322 feet tall (98 meters) and will soon become the most powerful rocket ever launched on Earth. The rocket will also produce 15 % more thrust during launch and rise.

However, raw power doesn’t indicate how much volume the SLS can send into space. But, if everything goes right, the rocket will transport over 27 tons (24,000 kilograms) to the Moon. Such a thing is more than the 24 tons (22,000 kilograms) the Space Shuttle carried into low-Earth orbit.

The load, though, is less than the one Saturn V transported to the Moon.Â

Stages and other processes

The SLS will have to perform a test before its big launch event. The test includes an eight-part testing plan called the SLS “green run.”

Previous check-ups and tests were completed last year on December 20. According to the space agency, the SLS can transport 700,000 gallons (265,000 liters) of supercooled liquid fuel. It can later have all the fuel removed without any issue.

“[…] there were no leaks when the tanks were fully loaded and replenished for approximately two hours.”

Such positive results made NASA optimistic and ready to launch the mighty SLS.

The big launch event will take place at the space agency’s Stennis Space Center, which is close to Bay St. Louis, Mississippi.Â

We can watch the full event on NASA’s official YouTube channel. More details about the SLS launch will be soon available!Â