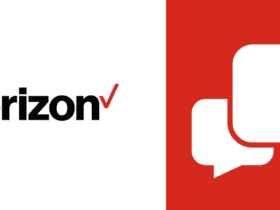 Verizon Message+: How to Prevent It From Crashing All the Time

To make matter even colder than the darkest parts of space, a team of researchers has managed to chill it to within a billionth of a degree of absolute zero.

The experiment, run at the University of Kyoto in Japan, is quite impressive and sets an example for future projects. Read out below for more intriguing details.

The challenging experiment made use of fermions, the name for every particle that makes up matter, such as protons, electrons, and neutrons. So, the researchers chilled the fermions to a billionth of degrees above absolute zero to achieve the imagined temperature at which all atomic movement would end. The results are astonishing!

The newly obtained matter is actually colder than the Boomerang Nebula, the coldest known space area (3,000 light-years away from our planet).

And because of something called cosmic microwave background (CMB), a type of radiation left behind from an incident that happened just after the Big Bang when the Universe was in its infancy, it is uniformly distributed throughout interstellar space; it never gets this cold.

Unless an alien civilization is doing experiments like these right now, anytime this experiment is running at Kyoto University it is making the coldest fermions in the universe, explained Kaden Hazzard, a Rice University researcher.

But how did the researchers create something like that?

The scientists constrained the mobility of 300,000 atoms inside an optical lattice via lasers to cool the material.

Moreover, the experiment imitates a quantum physics paradigm that theoretical physicist John Hubbard initially put forward in 1963. So, with the help of this model, atoms can exhibit peculiar quantum qualities such as superconduction (the capacity of electrons to carry electricity without losing energy). Quite breathtaking, isn’t it?

Currently, researchers are working on creating the first instruments that will be able to gauge behavior that appears a billionth of a degree above absolute zero. Just imagine what they might find!