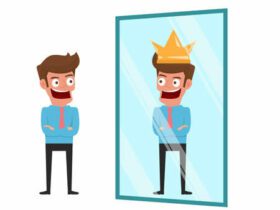 Experts Reveal 4 Most Common Ways People Lie To Themselves

Vivo is gearing up to release the much-awaited Vivo X60 Pro+ next week!Â

The new smartphone series was introduced last month, including the standard Vivo X60, X60 Pro, and the X60 Pro+. Not much information was revealed back then.

Now, Vivo shared on its official Weibo channel the first details about the Vivo X60 Pro+. The smartphone is set to arrive on January 21, packing some of the best features and specs.

Vivo X60 Pro+ Specs and Features: What We Know So Far

The Vivo X60 Pro+ is believed to be released as the high-end version of the series.Â

The Vivo X60 Pro+ is said to flaunt a 6.56-inch AMOLED panel with a Full HD+ resolution and a 120Hz refresh rate. This display will also be present on the other two X60 models.

The panel will sport a sleek centered punch-hole for the selfie camera.

Under the hood, the upcoming smartphone is likely to get its power from a Qualcomm processor, the Snapdragon 888 SoC.Â

The smartphone will ship with Android 11 OS topped with OriginOS 1.0 out-of-the-box. 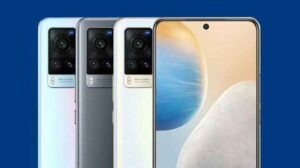 Coming to camera capabilities, Vivo X60 Pro+ is said to feature the same Zeiss optics as its predecessors.

The handset is likely to house a quad-rear shooter, including a 50MP primary lens and other mighty sensors.Â

As JD.com reported, the new smartphone is likely to arrive in two color options, such as Deep Ocean Blue and Classic Orange.Â

Details about pricing and availability are still scarce, but the Vivo X60 Pro+ is expected to be more expensive than the other two variants.

More information will be soon available!