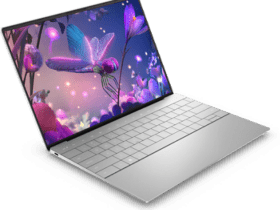 Dell XPS 13 Plus is $400 Discounted for Black Friday

Xiaomi is back in business in 2022 with a hell of a phone: a true powerhouse packing 200MP for its main camera setup and other mind-blowing specs, and it’s known as the Xiaomi 12T Pro model. The new flagship of the Chinese firm has been out since Thursday, and it confirms the old policy of Xiaomi: another powerful phone at a relatively low price.

Let’s face it: paying 800 euros for a phone that carries a main camera of 200MP, video recording capabilities in 8K, and a Snapdragon 8+ Gen 1 processor isn’t too much at all. That’s the starting price of the new Xiaomi 12T Pro. But just how well would the phone do in the face of the upcoming Tesla Phone Pi that will be released by the famous automotive company in a few months? After we shared the comparison between the Tesla Phone Pi and the Huawei Mate 50 Pro, which is based on the rumored specs for the former and the confirmed ones for the latter, it’s time to do the same in the case of the Xiaomi 12T Pro vs. Tesla Phone Pi ‘battle’! We’ll only be analyzing some of the specs, arguably the most important ones.

Once again, we have to emphasize that the specs we know regarding the Tesla Phone Pi are only based on rumors and leaks, which means that you need to take the comparison with a big grain of salt:

Finally, we have a smartphone that has more amazing main cameras than the rumored ones of the Tesla Phone Pi! Xiaomi 12T Pro’s main highlight is obviously the 200MP camera setup, which surely raises the stakes a lot. More companies in the near future will likely build more powerful cameras for their smartphones. The main camera setup of Xiaomi’s phone also consists of an 8MP ultrawide camera and a 2MP macro sensor. The rear camera of the new device from the Chinese brand is able to record video up to [email protected]

The selfie camera of the Xiaomi 12T Pro consists of a wide snapper of 20MP, and it’s capable of recording videos only up to [email protected]/60fps. If you want a camera for making a vlog, you may want to choose something a bit more powerful than that.

Tesla Phone Pi is expected to be featuring a rear camera setup that consists of a 108MP Main Wide snapper, an Ultrawide and a P. Telephoto snapper of 50MP each, and a 5MP Macro sensor. As for video recording, the upcoming phone from Tesla is expected to record footage of up to [email protected] with its main camera. The selfie camera is also impressive, as it reaches 48MP and has a video recording capability of up to [email protected]

When it comes to the front camera, it’s Tesla Phone Pi that takes the cake!

Of course, you could say that 200MP for a camera is unnecessary for you, which is why you consider buying the Tesla Phone Pi as a more suitable choice. That’s perfectly ok, but the more powerful specs are getting the credit here.

There’s no use having powerful cameras if the displays aren’t good enough, right? That’s a lesson that surely both Tesla and Xiaomi know very well. Tesla’s upcoming phone will feature a Super AMOLED display of 6.9 inches and a refresh rate of 144Hz. Xiaomi 12T Pro’s display is AMOLED with only 120Hz for refresh rate. Therefore, the prize goes to Tesla!

As we said, the Xiaomi 12T Pro is priced at 800 euros, which is certainly a great price for its powerful specs. Its competitor for today will likely be priced somewhere around $999. That’s a difference of almost 200 bucks in favor of Xiaomi’s flagship, which is surely significant!

Both smartphones are amazing powerhouses, and it’s difficult to say for sure which one is better. If you want more power for photos and videos when it comes to the rear setup, you can choose Xiaomi 12T Pro. If you’re the type who likes to take a lot of selfies and you’re into the vlogging business, you should definitely choose Tesla’s upcoming phone. If you care about the almost $200 difference, you should clearly buy the Xiaomi 12T Pro device, as anyway, the two devices have similar specs.

Both Xiaomi 12T Pro and the Tesla Phone Pi are equipped with amazing hardware, cameras, and features. Both of them are equipped with 5G connectivity. An important aspect is that Xiaomi’s smartphone lacks water resistance, which is a pretty big ‘sin’ in 2022 when we carry our devices everywhere. Instead, the phone offers IP53-rated dust and splash resistance, but it’s certainly not enough. Let’s face it: we’re all hesitant when it comes to walking through the rain while using our smartphone, but that hesitancy goes away if you own an IP68-rated water-resistant phone like the Tesla Phone Pi is expected to be.

We had the information regarding the specs and the price of the Xiaomi 12T Pro device thanks to GSMArena.

Feel free also to read the comparison between the new iPhone 14 Pro and the upcoming Tesla Phone Pi!