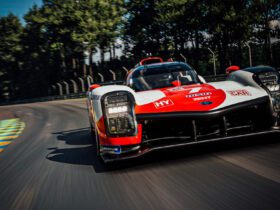 The Vivo X Fold is Vivo’s first foldable smartphone, and it looks intriguing. With more foldable smartphones introduced than any other company, Samsung has a stronghold on the industry, but they are also widely available since Samsung distributes them across multiple countries around the world.

As far as foldable cellphones are concerned, Huawei is the only other company that sells them in several locations. This may come as a shock to some, given how severely the restrictions against Huawei have harmed the company’s operations. In terms of foldables, Huawei’s most current is the clamshell-style Huawei P50 Pocket. For nations outside of China, Huawei is also selling the phone.

But even though it will not be on sale until April 22, Vivo’s X Fold is now taking pre-orders in China, where it will be released on that day. There’s no word yet on whether Vivo’s first foldable phone will be available outside of China since the company didn’t announce it at launch. Vivo does not currently sell its phones in North America, so even if that changes, the phone is unlikely to be marketed in the United States.

Vivo X Fold includes two AMOLED screens, each with a 120Hz refresh rate and a fingerprint sensor built into the display itself. This phone has a 6.53-inch FHD+ screen on the cover, and an 8.03-inch 2160×1916 Ultra-Thin Glass screen within.

There are other Chinese manufacturers who restrict the distribution of their foldable smartphones to China. For instance, the Honor Magic V, a rival to the Galaxy Z Fold 3 that released in China in January 2022, is exclusively available there. Oppo Find N, a foldable smartphone with a tiny design but only available in China, is another option. The restricted availability of these gadgets, despite the fact that they are better and cheaper than Samsung’s, is a huge problem. Since that obstacle has yet to be overcome, Samsung will continue to dominate the foldable smartphone market