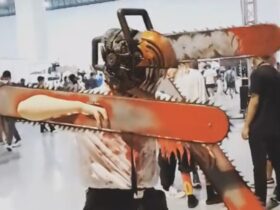 Although electric cars represent the first thing that comes to mind when you say ‘Tesla,’ the famous Texas-headquartered automotive company has decided to think outside the box a little and create a powerful smartphone as well. If you think that some of those guys from Tesla have a screw loose, you’ll surely change your mind after learning a bit about the upcoming phone’s specs.

Testa revealed its work on the Model Pi phone, and thankfully, the launch is not very far away. The company still needs to get its ducks in a row, but we’ll probably find out everything there is to know about the smartphone even before its launch.

According to Geeks ULTD, we can expect Tesla to release its upcoming Model Pi smartphone next year in April. The same publication also tells us what else we should expect at this point regarding the future gadget.

Tesla Model Pi will be equipped with a network generated by the satellite, allowing users to enjoy the benefits offered by the phone even if they’re located in areas where there’s normally no signal, such as forests.

While mining cryptocurrency is usually a task for powerful laptop/desktop GPU’s, we can expect it to be possible through Tesla’s upcoming phone as well. This automatically implies that the hardware present on the upcoming Tesla model will be top-class.

We can also expect the Tesla Model Pi to be featuring an ultrasonic fingerprint scanner, meaning that this function will feature high efficiency. Such features that allow the user to be sure that nobody else can use his phone are indeed welcomed. The fingerprint scanner will even be placed directly on the screen.

As you’ve already guessed, the upcoming Tesla Model Pi will also pack 5G connectivity, which has slowly but surely become a standard nowadays.