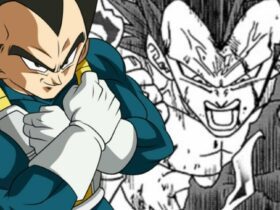 In 2002, EA / Maxis introduced the world to The Sims Online, an MMO spin-off from the original Sims game. At that time, The Sims was one of the most prominent game franchises.

Users swarmed the game’s servers to join everyday experiences in multiplayer and have a good time.

Though the initial rumble around the title decreased rapidly because of the relative newness of the internet, the lack of features (due to the technological limitations of the time), and perpetual development changes, the concept still sits firmly in the minds of many gamers.

The gaming community expressed its desire for a multiplayer mode in the upcoming Sims 5 game.

Let’s face it, for the game to succeed and be even better than its long-lived predecessor; it requires something new, something that makes it justifiable to invest in every expansion and game pack.

Many rumors point towards multiplayer being part of the upcoming Sims game, but nothing was officially confirmed.

Apart from mentioning “more social gameplay,” nothing suggests that the sequel will necessarily feature a multiplayer mode.

Considering that expansion packs are still getting actively released for The Sims 4, it’s unlikely we’ll hear anything relevant about The Sims 5 until later down the track.

Until that point, we can only imagine how an updated release of the original Sims Online game would likely take the experience to a whole new level, especially as the lockdown got most of us stuck inside our homes.

One thing is sure – gamers are increasingly more concerned about how they spend their money, which severely impacted the sales of DLC packs and other microtransactions. EA / Maxis noticed that, and it motivates them to make the game purely captivating without the need for extra content.