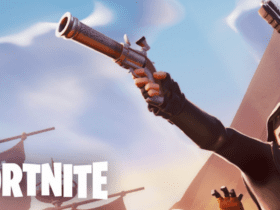 Facebook is well-known for halting some users’ access to the platform for no apparent reason or explanation. The world’s most popular social network is doing it once again but in a slightly different way.

Abc13.comÂ writes that there was a mysterious interruption to Facebook. Users reported that their timelines froze, and they had no choice but to sign back in. Meanwhile, the issue seems to have been resolved.

A configuration change was the culprit

We’re looking into reports that some people are currently having to login again to access their Facebook accounts,

We believe this was due to a configuration change and we’re working to get things back to normal as quickly as possible.

ðŸ‘ðŸ‘ðŸ‘ to the engineers who fixed the issue and patiently tried to explain the cause to us to no avail. https://t.co/AUARhCZ7W2

Otherwise, Facebook doesn’t seem to run out of customers. The renowned social network counts over 2.7 billion monthly active users, and we can only expect the number to grow. Although it has its flaws, Facebook has plenty of immersive and useful features to offer. We can remind of the marketplace, job listings, games, groups based on specific topics, and a lot more.

Facebook also has to deal in the present with another wave of pissed off people who cannot comply with a recent notification they received on their WhatsApp accounts. The instant messaging app demands them to give their approval until February 7 for their data to be sent to Facebook, or they won’t be able to use WhatsApp anymore. Facebook acquired WhatsApp back in 2014 for the staggering amount of $19 billion.

Feel free to tell us in the comment section if you’ve been affected by any of Facebook’s recent moves! How do you think Zuckerberg & co can improve the social network?