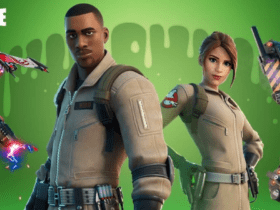 All the Ghost Trap Locations in Fortnite Season 8: How to Complete the Challenge

Neptune is again in the spotlight, thanks to an intriguing, but old discovery. Astronomers detected a few years ago a small vortex and dubbed it Dark Spot Jr, now nowhere to be found.


The Sun’s eighth planet is known for its savage weather and impossible records, like the fastest winds ( 1,100 miles/h). The recent findings, however, left astronomers fascinated.

Dark Spots and Too Many Questions


Back in 2018, a team of astronomers explored Neptune’s weather and got amazed by what they found. Using the famous Hubble Space telescope, they succeeded in observing quite the rage happening up there, a dark spot some 4,600 miles across, followed by its companion, known now as Dark Spot Jr.

According to astronomers, the dark spot is nothing but a chunk that broke off the main storm. And this, for a while, seems believable. Now, new insights might tell us more.

Those inky vortexes really put Neptune in a great spotlight. Unfortunately, they don’t live too much, but they’re sure some astonishing points to observe. They represent some of the most challenging cosmic features to study.

“This whole idea that they disappear is one of the more puzzling aspects about them,” explained Dr. Heidi Hammel.

Voyager 2 spotted in 1989 two storms on Neptune. One is known as “the original Dark Spot,” one of the most powerful vortexes (Earth’s size), and the other, its little companion, Scooter. The original Dark Spot was also oscillating up and down in longitude.

Astronomers estimated the average presence of a Neptune storm is two to five years. The longevity can depend on its dimension.

On the other hand, Jupiter’s Great Red Spot has been stirring consistently for almost hundreds of years. Such a record is one of the most impressive out there.

Until we can get an orbiter around Neptune or other cosmic bodies to better comprehend what’s really happening, we still got more questions than answers.