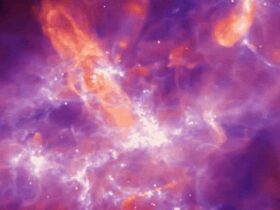 This is How Baby Stars Are Born – Watch Incredible Simulation

WhatsApp is one of the most popular instant messaging services in the world. It is only rivaled by the likes of Telegram.

WhatsApp is part of the Facebook Group, alongside Messenger and Instagram, which means that the service is well backed up and has plenty of resources to run correctly.

Today we are going to talk about the Windows Phone version of the app.

Though Windows Phone is used by a small portion of users, it is still a widespread operating system that still receives updates. WhatsApp developers worked hard to keep the Windows Phone version of the app up to date and on par with what the Android and iOS counterparts have to offer. Unfortunately, the service is no longer supported on Windows Phone, as it was officially discontinued in December 2019.

The latest update brought the app version up to 2.17.262.0. With each new version, small bits of the app are changed. Those can be minor tweaks that lead to an increase in responsiveness, safety, or the addition of new features. Unfortunately, version 2.17.262.0 may be the final version of WhatsApp Windows Phone users get.

There are always alternatives like Viber or Telegram. However, if you want to experience WhatsApp in its best form, you may need to switch to a supported platform. There are numerous platforms to choose from, including iOS, Android, macOS, and Windows.

Though it may still work on many Windows Phone devices, you can’t safely assume that you get top-tier quality, reliability, and safety. It is a gamble that you take at your own risk.