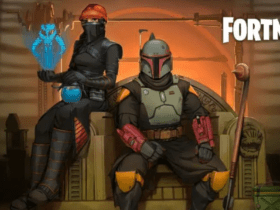 How to Get Boba Fett Skin in Fortnite Season 8: Disney Plus Day Reward

A team of researchers succeeded in shedding light on how galaxy formation is possible. Apparently, there’s an ancient light that fuels the entire process.

The new paper also aims to offer tests for galaxy formation models to understand better the star and galaxy development. Behind these bold insights stay a lot of work and new data. Researchers hope the light from the Big Bang will guide them into the deepest corners of the Universe.

The researchers examined the protogalaxies because of their behaviour. For instance, they always comprise gas, and when they cool, something really intriguing happens. The galaxies start to evolve.

However, if we’re doing a rerun, the gas should be turned back into stars. The thing, however, is that it doesn’t do that at all. The reason?

Researchers can now verify some long-standing and theoretical simulations and concepts very efficiently. All they have to do is just looking at microwave observations with data and apply some mathematical equation.

For the recent paper, the team followed the same formula, applying a 1970s-era math equation. Next, it analyzed data from the ACT (the Atacama Cosmology Telescope).

Finally, the data mix allowed the team to figure out the material around that unveil the formation of galaxies in various phases.

Emmanuel Schaan, the co-author of the new paper, released a statement. He explained the effect of CMB:

“[…] it serves to illuminate the gas from behind, so we can see the shadow as the CMB light travels through that gas.”

These insights have never been reached before, and they’re really pushing the field right now. More information will be soon available!