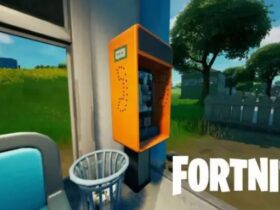 Fortnite Season 7 Payphone Locations – Where to Find Them?

Recent mission witnessed the extraction of the oldest ice in the Alps region, now a significant part of a new study.

Stacking up ice for future research is not a new thing among scientists. What makes the process so essential is that ice can record climate history. And the recent event is no exception at all.

The ice extraction from the Alps took the Ice Memory team five days at the Colle Gnifetti glacier, at an incredible height of 4,500 meters (14,764 feet).

“[…] the team obtained two ice cores over 80 meters [262 feet] deep from a very important site, which contains information on the climate of the last 10,000 years,” explains Carlo Barbante, a professor of analytical chemistry.

The ice comes from the second largest glacier in the Alps of approximately 40 square kilometres (15.4 square miles). But, as per the team’s findings, the glacier has lost around 40 % of its total size. And that’s since the middle of the 19th century.Â

The extraction was made just in time, considering how much the glacier has lost. As previously mentioned, the ice cores extracted will offer researchers invaluable insight into how the environment has transformed in time.

Memory Ice emerged after some Italian, French, and Swiss glaciologists joined forces back in 2015. Later, they teamed up with more scientists and research groups worldwide.Â

Their mission is to preserve ice cores for future study and complete the Antarctica snow cave storage facility by 2022.Â

As challenging as Ice Memory’s project seems to be, it’s, in fact, very ambitious and unique. As a result, more data will be soon available as the researchers continue their investigation.