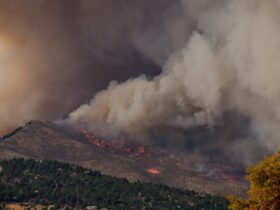 The first week of January came quite in style, just in time for the Golden Globes! The streaming charts were roaming with some of the greatest titles both in the movie category and TV shows.

Let’s take the top 10 movies, for instance. The Menu, starring Anya Taylor-Joy, Ralph Fiennes, and Nicholas Hoult, opened the list, followed by Avatar on second and Knives Out on third.

Other titles included Glass Onion: A Knives Out Mystery, The Pale Blue Eye, Everything Everywhere All at Once (still going strong!), Top Gun: Maverick, The Banshees of Inisherin, Decision to Leave, and TAR.

As for the TV shows, the top was full of surprises! The reason? Yellowstone was back on track, landing first after several months.

Yellowstone, one of our favorite TV shows, was followed by Wednesday, the new hit series that just got confirmed for a second season, and Kaleidoscope on the third.