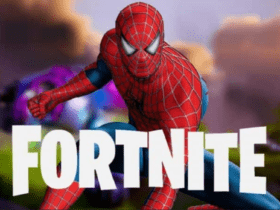 When the Perseverance rover safely landed on Mars, inside the Jezero Crater, it marked the symbolic safe landing of nearly eleven million names onboard one week ago.

The names were collected during NASA’s “Send your Name to Mars” campaign, which invited individuals worldwide to submit their names to travel along on the rover.

A total of 10,932,295 human names made their way to the red planet. The names are now on the planet’s surface, written on three fingernail-sized chips aboard the rover.

The way the names were written on the chips is one of the most exciting parts of the expedition. Engineers from NASA’s Jet Propulsion Laboratory managed to stencil the names onto the chips using an electron beam. The electron beam device they used allows the writing of minuscule features – under one micron, considerably smaller than the width of a human hair.

They typically use the “E-beam” machine for high-precision fabrication in JPL’s Microdevices Laboratory.

Next to the nearly eleven million names, engineers added the essays of 155 finalists in NASA’s “Name the Rover” essay contest. That also included the winning essay for “Perseverance”, next to the essay for the “Ingenuity,” the name the company gave to the experimental helicopter that was sent along with the rover to Mars.

At the agency’s Space Center in Florida, the chips were inserted on a small plate attached to the middle of the aft crossbeam on Perseverance, where they can be viewed by the cameras from the rover’s mast.

Also, a laser-etched graphic showing our planet and Mars connected by the Sun’s rays that provides light to both was featured on the plate.