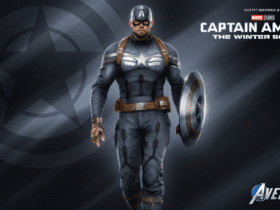 The video was seen on Reddit following a “4chan leak.”

While the subreddit’s moderators have taken down the post, you can still view the short video and jump to conclusions yourself.

On top of featuring a supposed first look of the game running in-engine, there isn’t too much to it. It’s just a first-person view of running around in an outlandish setting surrounded by boulders.

The most significant setback to the video’s authenticity, apart from being from a shady source, is the text on the margin of the screen that says “ES-VIRF alpha test”, which would likely stand for “Elder Scrolls VI Redfall.”

However, most gaming companies, including Bethesda, use codenames for ongoing projects, so it’s doubtful that Bethesda would put that kind of a title on a test video. Even so, the company abbreviates the franchise’s name as “TES,” not just “ES.”

There was a time when such videos had lots of inherent credibilities. Still, nowadays, they don’t have so much value because it is easy for a relatively inexperienced user to make such a “trailer” with the help of free game development tools like Unity or Unreal.

However, there is a tiny chance that the gameplay trailer is legit. If that is the case, we can safely say that the virtual boulders look stunning. Still, taking those concerns into account, we can safely assume that this early gameplay clip of TES 6 is fake.

Bethesda stated that they are focusing on Starfield before releasing the following entry to The Elder Scrolls franchise, so we will have to be patient for one or more years.