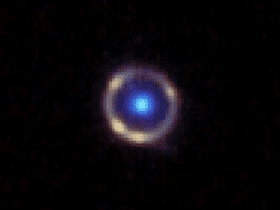 A team of scientists from the LLNL (the Lawrence Livermore National Laboratory) decided to reconstruct the original Solar System.Â

As the Solar System was born, one of the most massive planets (Saturn and Jupiter) developed really quickly. And as they formed, they moved closer and further away, too, from the Sun. The reason? They wanted to stay in gravitationally steady orbits.

Now, scientists want to reach those moments and develop almost the same architecture.

A Way Back to the Beginning

According to the team, the most substantial rearrangement of the early Solar System due to massive planet movement has hindered our knowledge of where cosmic bodies developed. So, what the scientists did?Â

By examining the development of meteorites from the asteroid belt, the team found out their host bodies must have accumulated from various areas in the initial Solar System.

The asteroid belt is considered one of the most important sources of all Earth’s meteorites. However, its matter formed from the clearing of material all over the Solar System.

It also has an incredible collection of material, even if the asteroid belt is just a narrow line. For instance, many spectroscopic asteroid types have been spotted in the belt. Such a thing means that there are different chemical compositions.

The team needed some samples of some stony meteorites, known as basaltic achondrites. Then, they measured the nucleosynthetic isotope signatures in zirconium and neodymium.Â

“These measurements help us create a reconstruction of the primordial solar system by ‘cosmolocating’ the accretion orbits of meteoritic parent bodies,” explained Jan Render, an LLNL postdoc and lead author of the study.

The team hopes to reach its goal soon and find as much information as it can. More details about the Solar System’s reconstruction will sure be available soon.