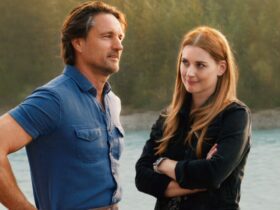 Blizzard has just released an update for Overwatch on PC, PlayStation, Xbox, and Nintendo Switch, with extra, nerfs for Moira and Echo, plus some extra experimental changes that are now being released on live servers.

The studio has been adjusting some hero balances over the past few weeks, but some modifications to protagonists like Baptise and McCree are looking for a small revert for their update.

You should expect a minor nerf to Zarya as she’s been appearing in more comps recently.

However, it’s going to be pretty much a stat adjustment after older beam hit detection changes.

That should help decrease the strength of the Russian soldier, but she should still be a valuable pick for those who want to deal some damage as the flex tank.

Since we mentioned damage dealers, McCree is getting his ability kit nerfed since the developers feel like the damage output he’s dealt so far is well enough.

As he can survive longer with the latest HP increase, Blizzard is shifting back the distance he covers from the Combat Roll and slowing down his reload time.

That is a comparable nerf to Baptize, who is considered as a reliable defensive option.

To figure out he’s balanced, Blizzard gave him a slightly higher cooldown for his Exo-Boots.

It won’t be the biggest disadvantage that Baptise has experienced lately, but it will undoubtedly keep their toes once the patch is widely released.

Echo and Moira had the most severe hits in the patch for the extra cooldown on their ultimates.

The company is analyzing how impactful Echo’s Duplicate can be and are only going to affect the cost of its ability.