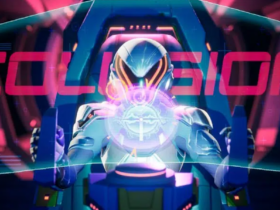 Sad news about the InSight Mars lander! NASA just announced that the lander is now in an energy crisis.

InSight detected so far over 500 marsquakes and 10,000 dust devils on the Red Planet. The mission was ambitious, and it seemed to reach new milestones. Unfortunately, the harsh conditions on our planetary neighbour stopped NASA’s plans.

The bold Mars lander landed in the Elysium Planitia back in 2018. Even if the Martian plain was a huge challenge for InSight due to the harsh weather and no winds at all, the lander could still detect marsquakes and dust devils, measuring the planet’s core.

But over the last few months, NASA’s lander has been fighting for its life. Mars’s unpredictable weather is to blame, and now the lander’s mission is on hold. 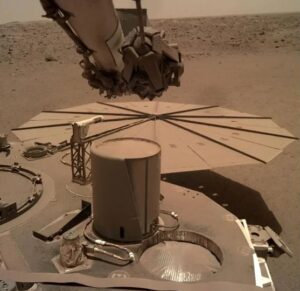 The lander’s solar panels generated only 27 % of their energy capacity back in February when winter kicked in on Elysium Planitia. So, NASA decided the best way for InSight to survive is to take a pause and hibernate.

The lander has been put now in “hibernation mode,” with different instruments being switched off every day. Soon, InSight will shut down all the functions that it doesn’t need to survive the winter.

Taking a break from its scientific duties, InSight should be able to save just enough energy to survive the cold Martian nights. According to scientists, the temperatures on Mars can drop a lot during nights, approximately -130 degrees Fahrenheit.

“We would be hopeful that we’d be able to bring it back to life, especially if it’s not asleep or dead for a long period of time.”

NASA expect InSight to restart its full duties after the Red Planet faces the Sun again in July.Â

Let’s hope InSight will be able to survive the harsh weather until then and come back with enough energy to continue its mission!