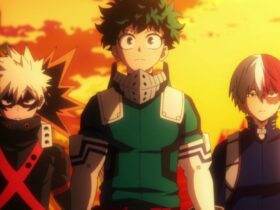 My Hero Academia: Shigaraki Has an Evil Plan of Pitting His Enemies Against One Another

NASA’s Perseverance rover spotted a dust devil on Mars recently. Such an intriguing weather phenomenon takes place on our planet, too, and could help us better understand the Martian climate.

Perseverance’s cameras captured the occurrence, and the footage is now available on the Internet. NASA didn’t unveil any further details on the wind velocities and other significant traits. However, information about dust devils exists plenty.

Martian Dust Devil in the Spotlight 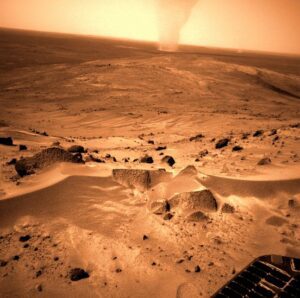 Perseverance’s new footage shows a whirlwind on the Martian ground. In the official video released by NASA, you can spot the dust devil in the background with the rover’s robotic arm at the centre of the picture.

You can watch the fantastic weather phenomenon below:

Nick Schneider is a planetary science professor at the University of Colorado. He was the one who spotted the little dust devil moving in the image. Discussing the recent discovery, he explained:

“There was a time when astronomers would study Mars through telescopes, and they could actually see changing patterns which they thought was vegetation; […] it actually was just the dust being blown away.”

What is a Dust Devil: What Should You Know

As previously mentioned, the Martian dust devils are pretty intriguing because they’re similar to those on Earth. But how does this phenomenon occur?

When the ground becomes hotter than the air above it, the magic happens. Air is drawn into a narrow column, with trails of hot air rushing through colder air, resulting in an updraft. And if the air gets even more cooler, it will sink to produce vertical moving, creating a funnel.

Finally, if that funnel encounters a horizontal gust of wind, a dust devil occurs, twirling its way across the surface, collecting more and more dust as it rises.

Martian dust devils may be similar to those on our planet, but they’re much larger (approximately 12 miles above Mars’ ground). They can also make some hundreds of miles wide paths.

The recent discovery will help scientists understand the Red Planet’s climate better and what influences it.