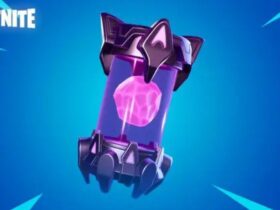 Bandai Namco Entertainment itself, the publisher of Xenoverse 2, brings the great news of the arrival of Toppo in the game. We can expect that the change will grant an insane power boost to the battles, as there’s no character in Dragon Ball Z who can possibly stand a chance against Toppo.

Toppo gave Goku and the gang a lot of headaches in the Dragon Ball Super anime, and it was needed for Vegeta to achieve an advanced form of Super Saiyan Blue to defeat the God of Destruction. Toppo looked pretty much unbeatable before dealing with the Saiyan Prince, as the Pride Trooper mopped the floor with Frieza in his golden form.

Behold the power of a God of Destruction!
Toppo, the leader of the Pride Troopers from Universe 11, will arrive this spring with Pikkon as part of the Legendary Pack 1 for #DragonBall Xenoverse 2! #DBXV2 pic.twitter.com/j3YzfDNKfO

Pikkon is another interesting addition to the game, considering that he resembles Piccolo pretty much when it comes to personality. Introduced back in Dragon Ball Z during the Other World Tournament, Pikkon knew some fancy tricks and gave Goku a tough battle in the final. The new character didn’t appear in the original Dragon Ball manga, but he also played a major role in the Dragon Ball Z: Fusion Reborn movie.

Dragon Ball Xenoverse 2 remains one of the most popular Dragon Ball games, as it counts over 6.4 million players. The game is available on PlayStation 4, PlayStation 5, Nintendo Switch, Xbox One, Xbox Series X, and Microsoft Windows.